Why so many US soldiers wind up on the street

by Reposted by Military Truth | Oct 7, 2021 | Advice from Veterans, Veterans: Casualties of War

Originally Question to Quora – Why do so many US Soldiers end up in the streets? Initial answer by Steven Johnson, Former Facilities Coordinator PEO-AVN, RSA, AL at The United States of America (1989–2018) Out of respect for people I know, I will keep this brief...

by Reposted by Military Truth | May 12, 2021 | Advice from Veterans, Editorials, Education, Research

Can Navy Corpsman transfer their military medical training and certifications to the civilian sector?

Are Navy Corpsman able to transfer/translate their military medical training and certifications to the civilian sector or do they have to start from scratch?https://www.quora.com/ (Interjection – The answer below is typical. My oldest son enlisted in the Army for six...

Can You Really Be Recalled to Active Duty at Any Time?

by Reposted by Military Truth | Jan 22, 2021 | Advice from Veterans, Research

https://www.military.com/join-military/eligibility-requirements/can-you-really-be-recalled-active-duty-any-time.html Did you know that, once you join the military, Uncle Sam may keep you there longer than you have planned — or that you can be recalled to active...

by Reposted by Military Truth | Dec 9, 2019 | Advice from Veterans, Research 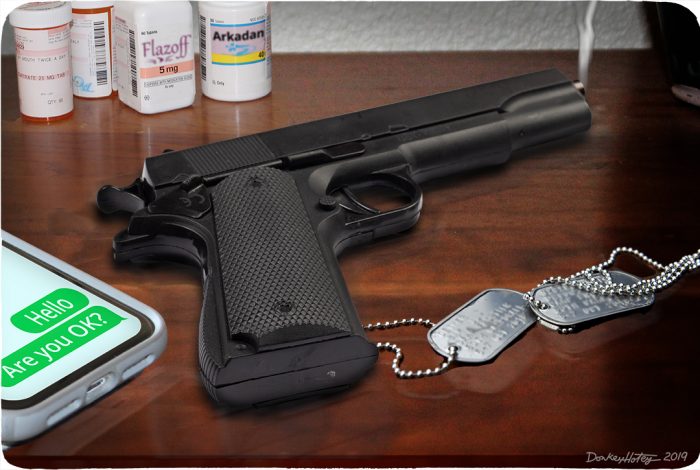 Some of the Deepest Wounds of Veterans Go Undetected

Right now, a veteran is getting ready to commit suicide. At least 16 will kill themselves on Veterans Day, ending the life they risked for their country Are You Sure You Want To Do This?

by Reposted by Military Truth | May 27, 2019 | Advice from Veterans, Research

“How has serving impacted you?” tweeted the U.S. Army. It was no doubt meant to elicit a flood of patriotic reminiscences and pride, but what they got was a flood of pain and grief.

by Reposted by Military Truth | May 27, 2019 | Advice from Veterans, Editorials, Research, Whistleblowers

“…family and other critics allege that the Department of Defense delayed the disclosure for weeks after Tillman’s memorial service out of a desire to protect the image of the U.S. military.” And I thoroughly agree with that contention! Many war atrocities are covered up to ‘protect the image.’ This characteristic of warfare became obvious during Vietnam’s Operation Phoenix, a CIA-run effort. My contention is that this was no “accident” but Pat was basically murdered over arguments within the ranks. ~ Don Chapin

by Military Truth | May 29, 2018 | Advice from Veterans, Depleted Uranium, Research

Questions for Military Recruiters, and Answers Military Recruiters Should Give You (Initiated by the American Friends Service Committee.) The MilitaryTruth.org answers below come from various veterans’ experience and other commonly available sources. 1 How long...