Home » Research » Of Immediate Interest » Army Now Offering Recruits up to $40,000 to Join the Infantry 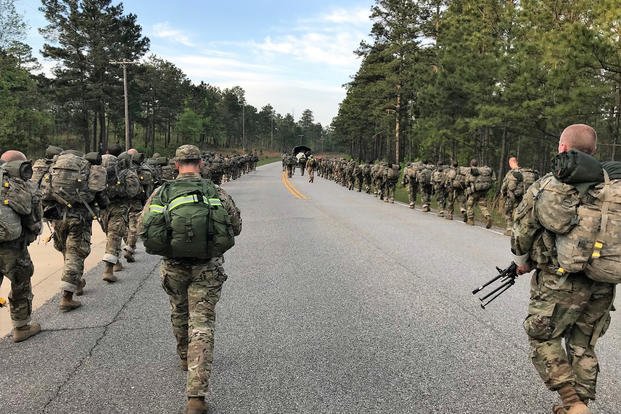 FORT KNOX, Kentucky — U.S. Army recruiters are offering bonuses worth up to $40,000 to new recruits who sign up for the infantry by Sept. 30 as part of an effort to reverse a shortage of grunts for fiscal 2019.

The drastic increase in bonus amounts for recruits in 11X, the infantry military occupational specialty, went into effect in mid-May, according to U.S. Army Recruiting Command officials, who said that the service still needs to fill about 3,300 infantry training seats by Sept. 30.

“We saw this coming in May; we immediately went to the senior leadership and said, ‘look, we need to max out the bonuses for 11Xs,'” Maj. Gen. Frank Muth, commander of Army Recruiting Command, told Military.com Tuesday.

Before May, the maximum bonus amount for infantry recruits was $15,000 for a six-year commitment.

Last summer, the Army ran a pilot at Fort Benning, Georgia that resulted in the service extending infantry one station unit training (OSUT) from 14 weeks to 22 weeks. The extended infantry training is designed to give soldiers more time to practice key infantry skills such as land navigation, marksmanship, hand-to-hand combat, fire and maneuver and first aid training.

The bonus increase is just a small step in the Army’s effort to meet its recruiting goal for the active force of 68,000 soldiers by Sept. 30. The Army launched a multi-faceted recruiting strategy last October after the service missed its 2018 recruiting goal by 6,500 soldiers.

“You’ve got to ship in August and September,” Muth said, explaining that infantry recruits must enter OSUT at Benning by the end of this fiscal year.