The NFL, the Military, and the Hijacking of Pat Tillman’s Story

As part of his ongoing crusade targeting black athletes, President Donald Trump shared a tweet Monday morning from one of his supporters. It included an image of Pat Tillman, the former NFL safety-turned-U.S. Army Ranger who was killed in Afghanistan in the spring of 2004. “NFLplayer PatTillman joined U.S. Army in 2002. He was killed in action 2004. He fought 4our country/freedom. #StandForOurAnthem #BoycottNFL,” wrote @jayMAGA45.
The intent of the president’s retweet was clear: Trump was co-signing a suggestion that Tillman was a true patriot, unlike those who have chosen to kneel during the national anthem, and that those protests dishonor his legacy. 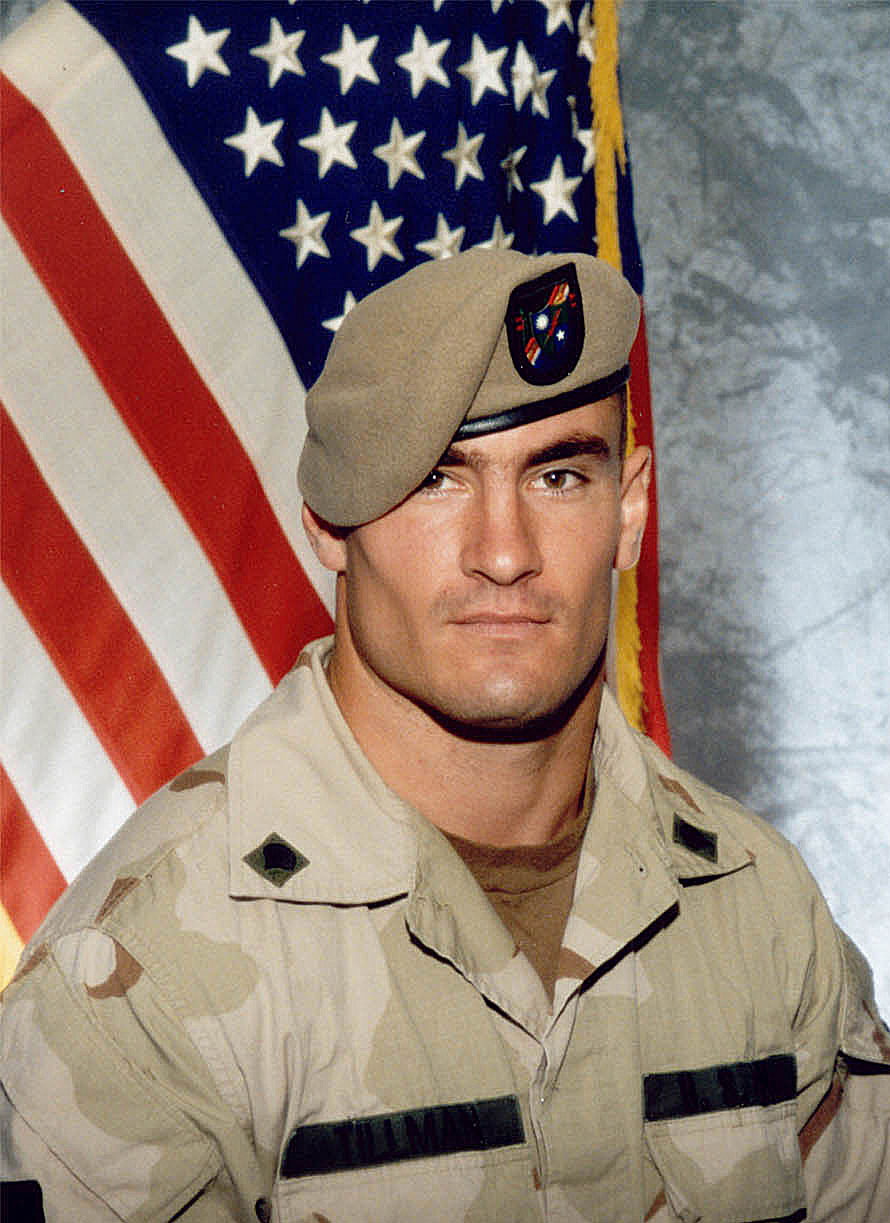 It’s easy to understand why Tillman would make an attractive figure to Trump and his base. His Army photo reflects an image of a certain type of all-American hero: chiseled jaw, broad shoulders, white skin. But simply looking at Tillman’s photo and the superficial facts of his tale is to miss everything important about his life, his death, and what came after. Tillman’s is indeed an all-American story, it’s just not the kind that Trump and his supporters want it to be.

Few episodes of the post-9/11 era have called down more disgrace upon the military than its handling of Tillman’s death and its treatment of his family in their search for answers. The most comprehensive documentation of those events can be found in three accounts: two books, “Boots on the Ground by Dusk: My Tribute to Pat Tillman,” written by Tillman’s mother, Mary, and “Where Men Win Glory,” by Jon Krakauer; as well as a 2006 story by Gary Smith for Sports Illustrated. Together, they offer an invaluable corrective to the simplistic depictions of Tillman, revealing a complex person and charting the ways in which officials at the highest levels of U.S. government sought to capitalize off his life and death.

Tillman was 25 years old when he joined the Army, placing him on the older side of military enlistees but on the decidedly younger side of life. His decision was born out of the conclusion that his comfortable existence in the U.S. made little sense in the months after 9/11; he wanted meaning, he wanted to do something that mattered, and he wanted to continue a lifelong project of placing himself in challenging situations. Along with his brother Kevin, Tillman chose to enlist. It was the same decision thousands of other young people of his generation made in the aftermath of 9/11. Both of the Tillman boys were, by all accounts, independent-minded free thinkers who enjoyed good books and good debates — chest-pounding jocks they were not. And, like many others who chose to come to the nation’s defense following 9/11, their worldview would evolve as they saw George W. Bush’s Global War on Terrorism up close. 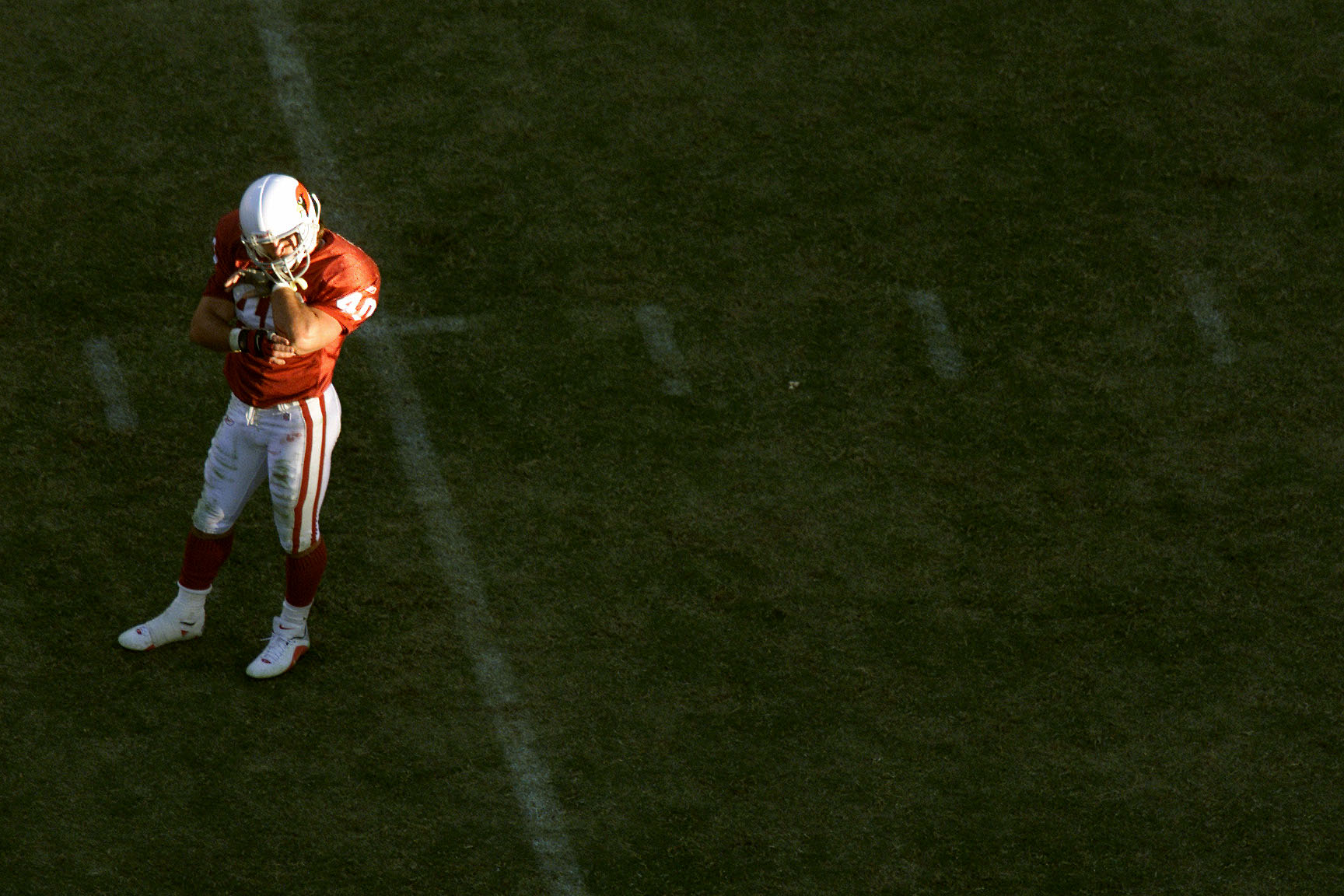 Pat Tillman of the Arizona Cardinals during an NFL football game in Tempe, Ariz., on Dec. 9, 2001. Photo: Donald Miralle/Allsport/Getty Images

What set Tillman apart was what he left behind: a $3.6 million contract with the Arizona Cardinals. The ties between the U.S. military and the NFL run deep, with the Department of Defense giving millions of taxpayer dollars to the NFL in recent years for various campaigns for recruitment and to support the troops. Tillman vowed that he would do no interviews once his enlistment became public, and he stuck to it. That did not stop the public — and the Bush administration — from seizing on his story. No matter how much he intended to stay under the radar, Tillman became a living, breathing symbol of honor, sacrifice, and the symbiotic relationship between the military and the NFL. Tillman enlisted expecting to join the fight against Al Qaeda and the effort to bring Osama bin Laden to justice. Instead, he was sent to Iraq. All available evidence indicates that Tillman loathed the Iraq War. A voracious reader who consumed many of the world’s great religious texts even though he considered himself an atheist, Tillman was a student of history and formed his own opinions. Shortly after arriving in the country, he confided in his brother and their friend Russell Baer that he thought the invasion and occupation were “fucking illegal.” He had loose plans to meet with Massachusetts Institute of Technology linguist and antiwar intellectual Noam Chomsky once he got out of the military. Still, as much as Tillman resented the Bush administration’s war of aggression, he refused to walk away from the military until his commitments were met, even after conversations between the NFL and the Defense Department presented an opportunity to do so.

Early on in their deployment, Tillman and his brother were called upon to join a quick reaction force providing back-up for the rescue of Jessica Lynch. The 19-year-old private’s capture and rescue was one of the most famous and widely reported stories of the early stages of the Iraq War. It was also an egregious exercise in official lies and government propaganda. In an account fed to the Washington Post and regurgitated far and wide, the American public was told that Lynch engaged in a “fight to the death” with Iraqi forces before being overrun and thrown into the darkest depths of Iraqi captivity. While it was true that Iraqi forces ambushed the convoy Lynch was part of, and that 11 American troops lost their lives, many of the events described in the sensational account did not actually transpire. Iraqis on the ground had in fact worked, at great personal risk, to return the young private back to the Americans once she was taken captive. And while she had indeed suffered substantial physical and emotional trauma as a result of the ordeal, Lynch herself blasted the fabrications about her experience in testimony before Congress in 2007. “I’m still confused as to why they chose to lie and try to make me a legend, when the real heroics of my fellow soldiers that day were legendary,” she said.

Tillman was right about the larger dynamics surrounding Lynch’s rescue. The pattern would repeat itself the following year — this time with him at the center.

In his journal, Tillman observed that the build-up of forces around the Lynch rescue suggested “a big Public Relations stunt.” He was right about the larger dynamics surrounding Lynch’s rescue, that the truth of what happened on the ground during the ordeal would be distorted to present the American public with a more inspiring story. He had no way of knowing, however, that the pattern would repeat itself the following year — this time with him at the center.

Pat Tillman’s Wife: Don’t Use Him As A Political Cudgel Against Kaepernick

Pat Tillman, the NFL player who left the sport to join the military and subsequently was killed in Afghanistan, should be seen as an inspiration for freedom, unity, and justice — not a tool to silence others. That’s the position of his widow, Marie Tillman, who offered her own thoughts on the matter after Donald Trump used Tillman as an example of a player more deserving of respect than Colin Kaepernick.

While Marie Tillman delivered her message nearly one year ago, it’s just as relevant today, as conservatives bash Kaepernick for continuing to fight for justice.

It didn’t take long for conservatives to, as GQ describes it, “scramble to find a white athlete they think is more deserving of praise,” and the athlete they chose was none other than Pat Tillman.

However, it’s a good time to remember that Marie Tillman, who has written about her experience with the loss of her husband, co-founded a foundation in his name to support the education of military veterans and spouses, and founded a children’s clothing boutique, has already addressed this.

Last year, Trump suggested NFL players should be fired for protesting, calling them by a harsh profane term.
Wouldn’t you love to see one of these NFL owners, when somebody disrespects our flag, to say, ‘Get that son of a [redacted] off the field right now. Out. He’s fired! He’s fired!

“As a football player and soldier Pat inspired countless Americans to unify. It is my hope that his memory should always remind people that we must come together. Pat’s service, along with that of every man and woman’s service, should never be politicized in a way that divides us. We are too great of a country for that.

“Those that serve fight for the American ideals of freedom, justice and democracy. They and their families know the cost of that fight. I know the very personal costs in a way I feel acutely every day. The very action of self expression and the freedom to speak from one’s heart — no matter those views — is what Pat and so many other Americans have given their lives for. Even if they didn’t always agree with those views.

It is my sincere hope that our leaders both understand and learn from the lessons of Pat’s life and death, and also those of so many other brave Americans.”

Perhaps the most relevant portion of the statement is currently her assertion that her heroic husband believed in the freedom of expression, for all viewpoints — suggesting she believes that, whether or not Pat supported Kaepernick’s cause he would have supported his freedom to express it, and opposed efforts to quash it.

In particular, it’s important to recognize that Pat Tillman’s widow doesn’t appreciate that he’s being co-opted for a political agenda — specifically, an agenda to, as she says, divide Americans against one another.